British fashion retailer Boohoo has announced today that it has won the bankruptcy auction of intellectual property rights and customer databases of fashion e-tailer Nasty Gal. The once high flying Los Angeles based Nasty Gal’s assets are said to fetch $20 million in the auction and will still be subject to final approval and review by the US Bankruptcy Court. It officially filed for Chapter 11 bankruptcy protection on November 9th of last year to secure financial relief while it went through restructuring.

Nasty Gal generated $77.1 million in net revenue for 2016 with a net loss after tax of $21 million and was once the darling of the LA fashion tech scene. Nasty Gal which has almost 1.3 million followers on Facebook and 2.2 million on Instagram was founded in 2006 by Sophia Amoruso. Amoruso’s net worth at the peak of Nasty Gal’s success was reportedly $280 million. In 2014 Ampruso published #Girlboss which quickly became a best-seller and will be adapted into a Netflix series later this year with Amoruso as executive producer.

Nasty Gal’s early growth was spurred on by passionate brand ambassadors and centered on the coolness and strong story of its founder Amorousao, who at one time resorted to dumpster diving to find new looks for her young fledgling internet brand. Unfortunately, mismanagement and legal stumbles were what got the Nasty Gal team into trouble. We hope Boohoo will be able to revive the brand, but the chances of Nasty Gal regaining the luster it had with without its uber cool founder at the helm are not good. 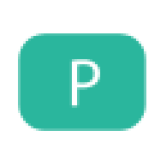