Nike has long had a plus size line in workout clothes, but now the brand has announced a pretty big expansion. Over the holiday season they’re rolling out 85 new looks in sizes 1X to 3X, and in Spring 2017 that number will hit 200.

The items include like moisture wicking training tanks, classic training tights in great colors and patterns, functional yet cute sports bras, and long sleeved tops for layering up on those outdoor workouts.

Nike released a statement about the expansion.

Nike seems to be embracing the future in a variety of ways. The brand also just released a self lacing sneaker called HyperAdapt 1.0. The shoes feature LED lights on the soles and cables and pressure sensors that sense how to perfectly the wearers foot. They’re certainly intriguing but come at a price. The shoes are currently $720, and since they’re being released in limited supply they’re expected to go for as much as $4,000 in resale markets. 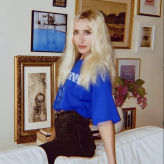